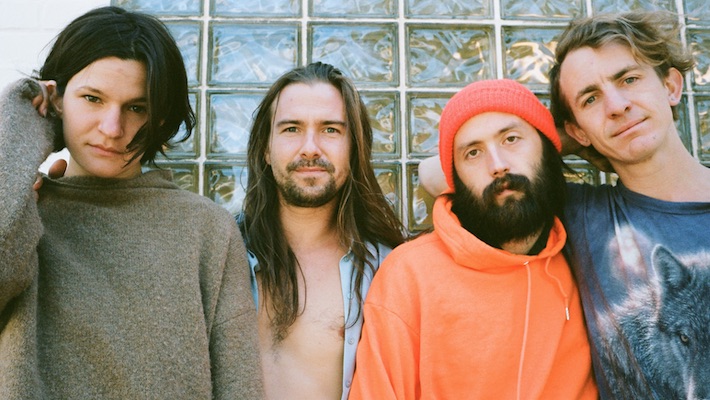 It’s a giant day for Huge Thief: The celebrated indie-rock collective have dropped two new songs to comply with up their 2019 album Two Arms. “Little Issues” is a sprawling, upbeat monitor led by robust, jangling guitar. The extra toned-down “Sparrow,” in the meantime, is a contemplative hear. Each had been produced by drummer James Krivchenia and recorded at 5 Star Studios in Topanga, California, and Flying Cloud Recordings within the Catskills.

Of “Little Issues,” Krivchenia mentioned, “It’s on this kind of evolving free time signature the place the beat is at all times altering, so Max [Oleartchik, bassist] and I had been simply flowing with it and guessing the place the downbeats had been – which supplies the groove a extremely cool gentle feeling.” Including about “Sparrow,” Krivchenia adopted up: “All of us simply scattered concerning the room with out headphones, centered and within the music — you might really feel that one thing particular was occurring. It was a humorous instrumentation that had a extremely cool pure association chemistry — Max on piano, Buck [Meek, guitarist/vocalist] offering this darkish atmosphere, me on ground tom and snare and Adrianne [Lenker] in the course of it with the acoustic and singing.”

Huge Thief, who launched each critically acclaimed albums Two Arms and U.F.O.F. in 2019, have been engaged on their fifth album over the previous 12 months. Meek, who can be engaged on a solo album to comply with 2021’s Two Saviors, informed Guitar.com, “Lockdown was a well-needed respite, I wanted a break. After which Huge Thief ended up making new music for almost six months, which was very nice as a result of we’ve been touring so laborious we’ve had little probability to report within the final couple of years.”

Take heed to each “Little Issues” and “Sparrow” above.

Cam Gets the Offer of a Lifetime on Survivors Remorse

NASA’s Perseverance rover lands on Mars next week: What to expect