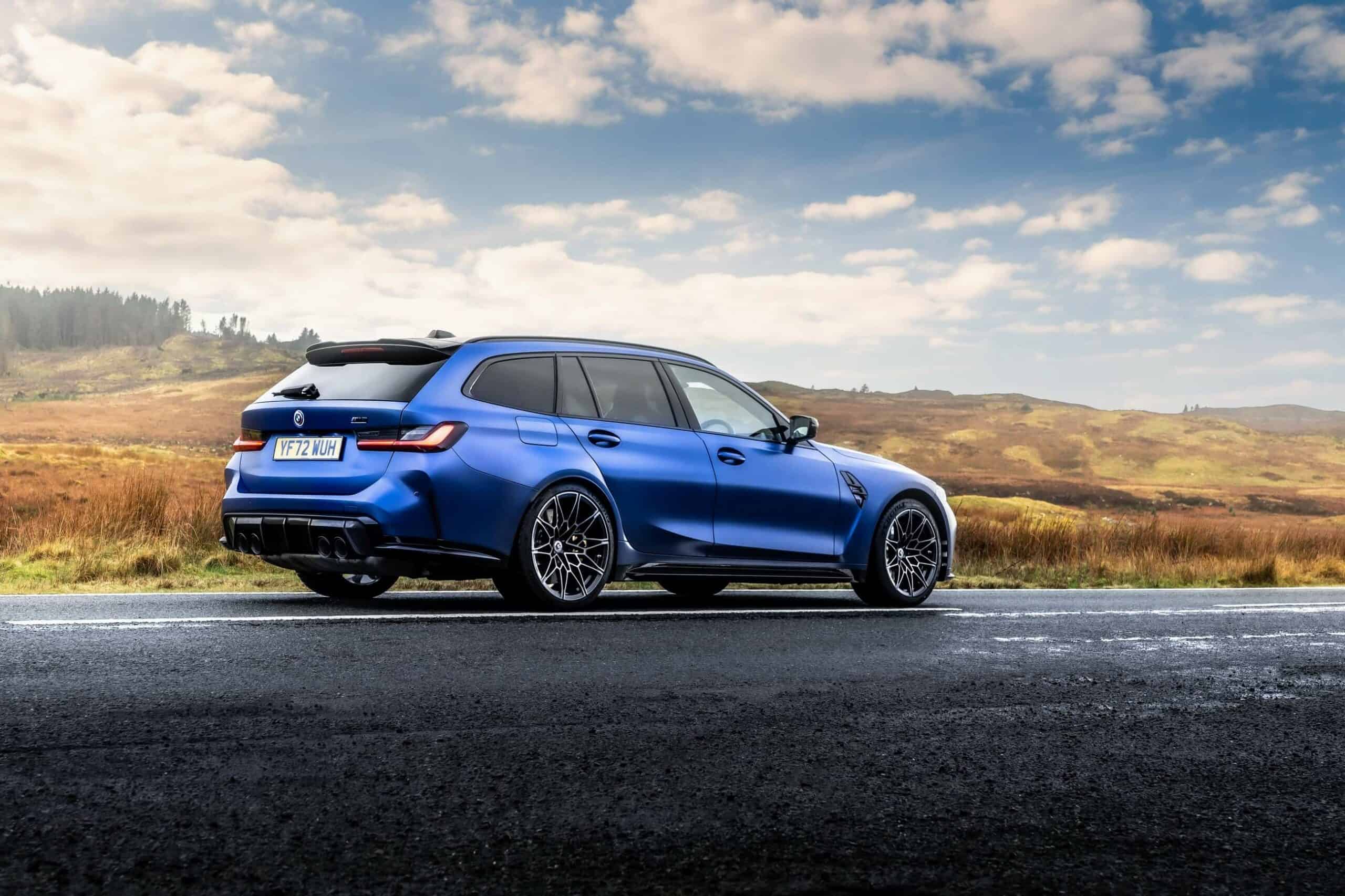 Together with Japan and Australia, the United Kingdom helped convince BMW to build the right-hand drive M3 Touring. With deliveries of the supercar underway in Britain, the carmaker’s local branch has decided to present a special G81 packed with options. The speed dumper is finished in a matt Individual paint (Frozen Portimao Blue) with carbon ceramic brakes with contrasting gold calipers.

Bavaria’s belated answer to the AMG C63 Estate and Audi RS4 Avant bears the 50 year M anniversary decals along with numerous carbon fiber exterior accents. The blacked-out kidney grille is flanked by laser headlights, while the black roof reminds us that BMW M is not offering a carbon fiber option for the M3 Touring. It is only available for the sedan, and with the 3 Series LCI being introduced in 2022, the lightweight panel will also be available for the M340i Sedan. 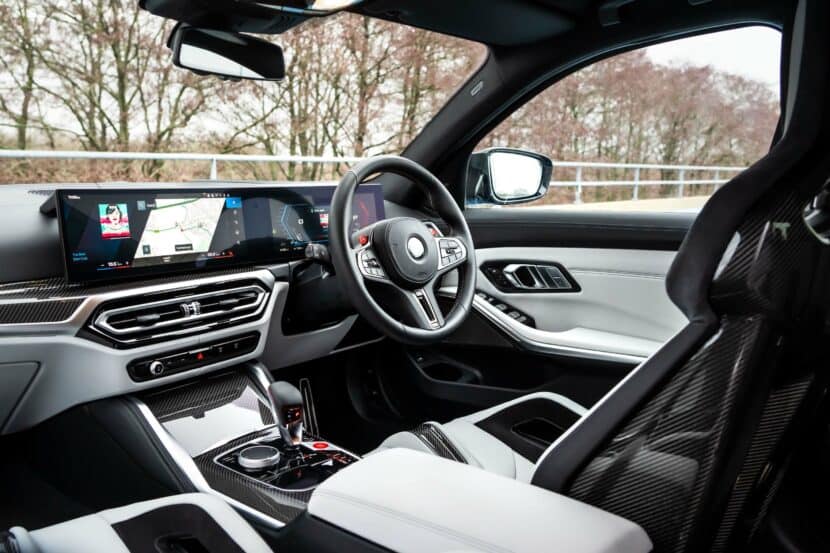 As attractive as the exterior may be, the real highlight is the cabin where BMW UK decided to go with the full Merino Ivory White leather trim. You’ll also see the optional front bucket seats with a carbon fiber shell for a race car vibe in a station wagon. To make the point, even more carbon can be found on the dashboard and steering wheel spokes.

While BMW waits for the 3 Series Life Cycle Impulse to launch the M3 Touring, the high-performance wagon is equipped with the iDrive 8. The beautiful curved glass houses a 12.3-inch digital instrument cluster and a 14.9-inch inch touchscreen shared with the M3 Sedan, M340i and the smaller 3er models. It’s probably only a matter of time before the 4 Series Coupé/Convertible and their M derivatives move to the latest hardware.

Company insiders claim that the M3 Touring will have a long shelf life despite being introduced with the 3 Series LCI. It will reportedly be sold until 2027 and could even get a squeeze around the middle of the decade, when the M3 Sedan and M4 Coupé/Convertible will no doubt see visual tweaks.

Kidane Zekarias Habtemariam, ‘one of the world’s cruellest migrant smugglers’, arrested in Sudan